The list on the right includes every creative individual credited in the series and the years the issues were published, so can serve as a searchable index.

As this was put together in publishing order, now that it's complete, the blog appears to start at the end of the series and work backwards. Go here to start at the beginning.

Hope you've enjoyed my weekly postings if you've been following along. I'll leave the blog up for anyone who wishes to use it for fun or research purposes in the future.

May the Force Be With You!
Posted by David Robertson at 04:18 No comments: 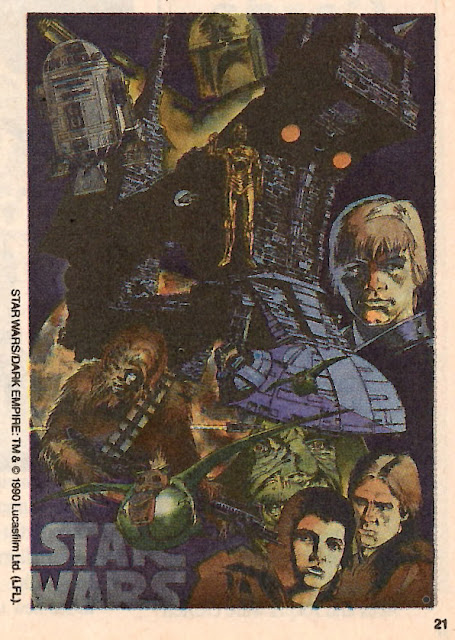 Issue 107 was the final Marvel Star Wars comic, but it nearly started up again. Marvel Age previewed a forthcoming new three issue series, which caused much excitement in this fan at the time.

When the comics were released a year later, they were under the banner of Dark Horse Comics. I don't believe that company ever utilised this promo picture, so the Marvel publication is the only time it appeared. 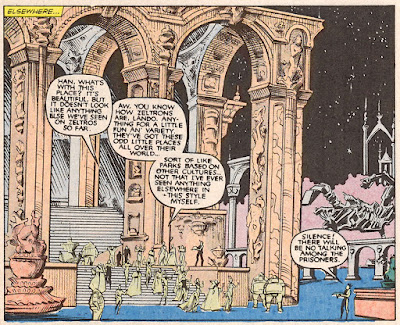 I remember reading this the first time and thinking that it was true - there hadn't been architecture like this in any of the Star Wars movies. That changed years later when Episode I was released.

Gulp. One issue to go. No mention of this in the comic's editorial content though, and even an encouragement to "keep on reading" in order to get to the bottom of a plot point.
Posted by David Robertson at 01:22 No comments: 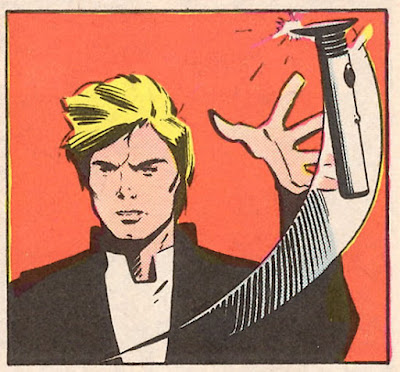 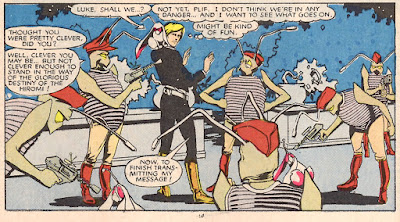 I have included credits as they are written in the comics. As such, some creators are named differently in separate issues. Look out for the following in the labels: